We have four boys.  My husband is a Design Engineer and I am trained as Occupational Therapist.  I worked with children with learning problems until I realized that my children had more learning challenges than most other children.

From birth my eldest son could not sleep if my husband or I did not sort of pin him down with our arms and legs for a few minutes. He did not start talking until he was 3 and only after receiving speech therapy for a while.  Even with speech therapy for years he was still not very good with words and understanding speech by the time he went to school.  He did not read stories but he could tell me, just by looking at pictures, how a specific mechanical component works. 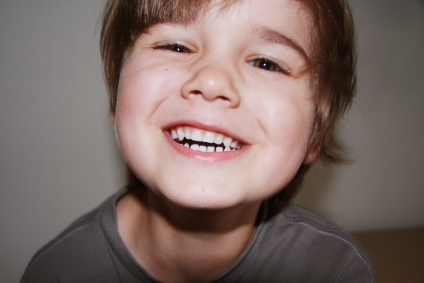 When it was time for him to go to school we realized that he will have difficulty in a full class and we enrolled him in a private school with only 11 children in his class.  He still received speech therapy and also went weekly to a remedial teacher. He was referred to an educational psychologist.  His IQ was tested as in the very superior IQ Range. After being at school for about 3 months we were informed that he must be placed on Rittallin because he could not sit still or concentrate.  The Rittallin made him so sick.  He could not sleep or keep anything he ate in while on Rittallin.  He underwent a personality change on Rittallin.  With all the therapies, Rittallin and the small classes he still could not read or spell at the age of 11.

When my second son went to school we were asked to put him on Rittallin. At this stage my eldest son was verbally abused by the teacher because he could not read or write.  My husband decided that we must homeschool.

I was not ready to homeschool but my husband insisted.  To help me cope with my feelings of inadequacy, I chose TCE, a very formal curriculum. I was afraid that my children will fall behind.  It was chaos.  My eldest son was 12 years, and could not read or spell but was way ahead with his maths.  My second, was 8 and was reading brilliantly but could not understand the basics of maths.  My third child was 6 and had to start with pre-school. All 3 of them were very active and then there was the youngest of 4 years that also wanted to do school.

All of them struggled to concentrate. I stopped all Rittallin because of all the side-effects.  I ended up with chasing them around the house every half hour.  They could not keep up the pace.  All of them worked at an extremely slow pace.  By the end of the year we were only halfway through the curriculum.  They wrote exams and did surprisingly well.  Halfway in the second year I almost had a nervous breakdown.  I took the children to a remedial teacher that tested the children for study methods.  She told me they were all visual spatial learners.  She helped me to change the way I present the curriculum to a more hands on approach.  This changed a lot of things.  It did not change the level of activity in my house and we still did not have quiet, organized school days, but my sons started to enjoy school and gained a lot of knowledge.

My eldest son went to study mechanical engineering at university on a special test programme.  The university is trying to determine what they need to do to accommodate dyslexic students. Initially he was sort of coping but as time went by and the pressure went up he experienced more and more trouble in sleeping and his concentration got worse.  He tried Rittallin again but that just made the situation worse.

I started browsing the internet trying to find solutions for him as well as my other sons.  I read an article about The ADD Lab and decided to try it.

When the results were discussed I was amazed at how all the things that I observed through the years just fell into place.  The most amazing thing was that Rittallin was totally wrong for my son since he had slow brain waves.  For years we were told he must just keep on drinking Rittallin and slowly the side effects will disappear.  They did not believe us when we indicated that the side effects got worse. 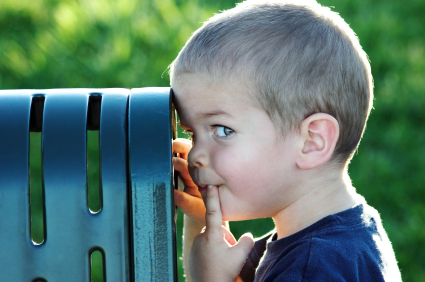 We were told that at the bottom of his concentration problem is a total exhaustion of his brain power since he does not sleep properly, and never had.  According to the tests it seems like he has a very low serotonin and melatonin levels.  He was referred for a sleep EEG to rule out sleep apnea etc.  He was also referred for blood test to determine his serotonin and melatonin levels.  He also have a big problem in Wernicke’s area that can be the cause of his dyslexia.  He was referred for Tomatis therapy to stimulate his auditory processing

For the first time since his birth we have hope that he will be able to overcome his concentration problem as well as his dyslexia.  During the next few months I will have my other sons, my husband and myself tested because all of us have concentration and sleep difficulties and at least 3 of my sons have dyslexia to a certain degree.

Homeschooling was very difficult and a lot of times it flt like I wasn’t achieving anything, but now that I understand the problems of my eldest son I know that homeschooling was the best I could do for my sons with regards to their specific difficulties. I am sure they would not have been able to cope in a class full of children with their concentration difficulties.  I also do not think that they would have any self-confidence and self-worth left after years of ridicule about their dyslexia in a class full of children.

Two of them only wrote matric at the age of 21 and one did not write matric but he taught himself to do network security using LINUX at the age of 15 years.  My youngest is still battling with IGSCE at the age of 18 years.  I know he has the mental ability to become a nuclear engineer if that is what he really wants to do but he battles with concentration and dyslexia.  He is definitely the next one that I am taking for a test at The ADD Lab.